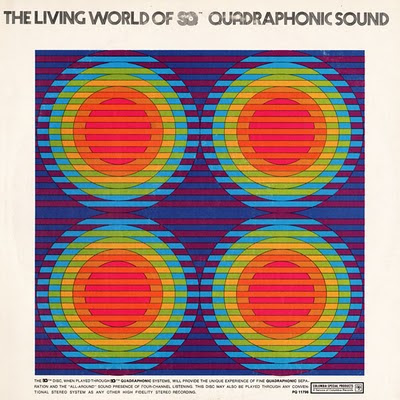 Growing up with rock and punk it’s fascinating for us to imagine what Debussy and Stravinsky might have sounded like to similar ears a century ago. The cover art in Symphonie Fantastique offers a glimpse of how modern these sounds were before bop and rock by how they were interpreted graphically on early LP covers. Featuring an often surprising juxtaposition of typography, abstract shapes and exotic images along with unusual color palettes, many of these designs still push boundaries today and set the tone for the unpredictable music inside

Groove is in the Art :

What began as a simple appreciation for Sandy Hoffman’s whimsical cover illustrations for Crossroads Records’ classical music series gradually became the colorful album cover collection featured here. Now featuring many illustrators, Groove is in the Art celebrates the era when psychedelic graphics and pop art met the mainstream on instrumental and classical album covers in an explosion of line art and color. Check back soon as we’ll be adding covers regularly. Peace, love and Prokofiev!